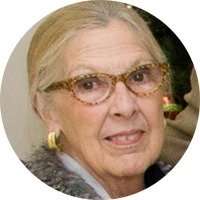 Anna Hundley’s nonprofit management and leadership skills have been recognized nationally and internationally. She is the past president of the National Association of Residential Providers for Adults with Autism and remains an active member. In 2012, she joined the Leadership Council of Advancing Futures for Adults with Autism and serves on the Advisory Task Force for Southwest Educational Development Laboratory on employment development for adults with autism.

Anna has served as executive director of the Autism Treatment Center since 1982. Within three years, she was appointed by then-Texas Governor Mark White to be a founding member of the Texas Autism Task Force, charged with developing the state plan of services for individuals with autism. Since then, she has been appointed by five consecutive governors to serve on several statewide councils, including the Texas Council on Autism and Pervasive Developmental Disorders, where she served as vice chair, and the Texas State Independent Living Council.