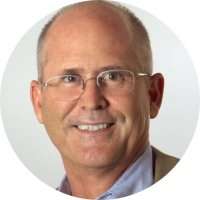 For 35 years, Bo worked with McCarthy. In more recent years, he led the firm’s operations throughout the Southwest including projects in Arizona, Nevada, New Mexico, Colorado and Utah. He also played a leadership role in expanding McCarthy’s presence in both existing and new markets across the U.S.

He serves on the advisory board for the Alliance for Construction Excellence. He is a member of Greater Phoenix Leadership, the Arizona Chamber of Commerce and the Associated General Contractors’ Project Delivery Committee. In 2016, Bo was named to the President’s Circle of Distinction by the Association for Career Technical Education of Arizona (ACTEAZ) for his contribution to Career and Technical Education. He was also recognized as Mentor of the Year by the Phoenix Business Journal’s Landmark Leader Awards in 2016.