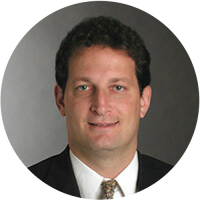 Among his many professional awards, Howard was named Phoenix Lawyer of the Year by The Best Lawyers in America© for four consecutive years from 2013 to 2016 and also in 2020.

Howard has been a board member of the Southwest Autism Research & Resource Center since 2005 and served as its board chair from 2008 to 2015.

Howard has a J.D. degree from Arizona State University’s College of Law and a Bachelor of Science in Engineering Physics from the University of Arizona.

Howard and his wife Wendi are the parents of adult triplets Jacob, Reanna and Tyler, who has autism.