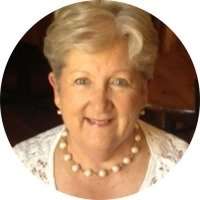 Judy and her husband, Bill, have been valued community leaders and energizers since they moved to Phoenix in the early 1970s.  While Bill led Kitchell, one of the largest and most-respected Arizona-based builders and developers, Judy immersed herself in the Phoenix nonprofit community.

The Junior League of Phoenix provided Judy with a solid foundation for future projects, including co-founding the Ronald McDonald House, helping develop and fund Ryan House, helping build Citizenship Counts with Gerda Weissmann Klein and co-founding the CARE CARD fundraiser presented by the Board of Visitors.

Judy continues to serve as a member of the Board of Visitors and the Barrow Women’s Board. She is also an active supporter of Valley Leadership (Class VI) and the Heard Museum. For more than 20 years, Judy’s “soul food” has been working with the Confidential Intermediary Program, administered by the Arizona Supreme Court, where she conducts searches for birth parents, adoptees and siblings through the Court.

Judy and Bill have been valued contributors to the Southwest Autism Research & Resource Center and are now advancing SARRC’s mission through First Place® AZ as active members of its capital campaign cabinet.