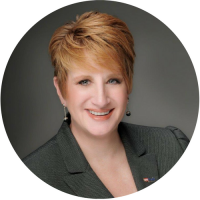 Mary is regional president of U.S. Bank’s western region, overseeing wealth management in Arizona, California, Colorado, Nevada, Oregon, Utah and the state of Washington. Prior to joining U.S. Bank in October 2012, Mary was president of J.P. Morgan Chase in Arizona. She joined J.P. Morgan out of college in 1979, where she held numerous leadership positions in areas ranging from human resources to strategic planning. She also served as executive vice president of Corporate and Middle Market Banking and managing director for J.P. Morgan’s private banking business in Arizona, Utah and Nevada.

Mary is a graduate of Michigan State University and Wayne State University, also in Michigan, and holds a bachelor’s degree and an MBA in finance. She is an active member of the community, serving on several boards that include Arizona Community Foundation, Arizona Science Center, Fresh Start Women’s Foundation and Greater Phoenix Leadership. Mary has a nephew on the autism spectrum.