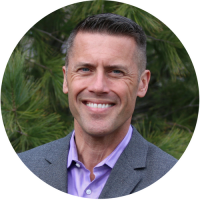 For over a decade, Peter Bell has been a leader in the autism community.

From 2004 to 2007, Peter served as president and CEO of Cure Autism Now. In 2007, he championed the merger with Autism Speaks and served a valuable leadership role in the integration of the two organizations. After the merger, Peter assumed the role of executive vice president for programs and services at Autism Speaks, where he built the government relations and family services departments. He also served as an advisor to the science department and played an instrumental role in the development and management of the Autism Treatment Network.

Before his role as an autism advocate, Peter was a successful marketing executive for Johnson & Johnson, where he worked on a number of world-class over-the-counter and prescription pharmaceutical brands and businesses.

Peter’s professional affiliations include affiliate member of the International Society for Autism Research (INSAR) since its inception in 2001. In 2014, INSAR honored him with the INSAR Advocate Award. In 2008, Peter co-founded Advancing Futures for Adults with Autism, a national consortium of organizations that work together to promote collaboration and to develop support in both the public and private sectors for improving the lives of adults with autism. In 2012, Peter was appointed by the White House as a Citizen Member to the President’s Committee for People with Intellectual Disabilities.

Peter holds a bachelor of science degree from the School of Hotel Administration at Cornell University and an MBA from the Kellogg Graduate School of Management at Northwestern University.

Peter and his wife Liz have three children; their oldest son, Tyler, is an adult with autism. The Bells will be relocating to Colorado later this year. Peter serves as a member of the First Place advisory board.