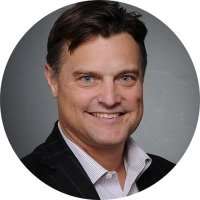 Rob is the Real Estate Principal of Cadence Senior Living, and former President/COO of Canadian-based Walton Global Holdings (USA), Ltd. Prior to joining Walton, Leinbach was an attorney in private practice in Seattle, Washington.

Leinbach received his Board of Directors Certification from the UCLA Anderson School of Business in 2010. He received his J.D. from the University of Washington School of Law, his M.B.A. from European University (Barcelona, Spain) and his Bachelor of Arts from Occidental College. Leinbach is a member of the Urban Land Institute.

He resides in Phoenix with his wife Jenni, daughter Alison and son Lucas. Lucas was diagnosed with autism in 2015