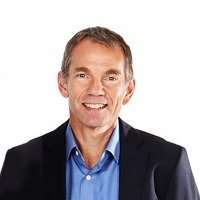 Prior to joining First Place, Tom was chief creative officer and partner at RIESTER, an independent advertising agency with offices in Phoenix, Los Angeles, Park City and Washington, D.C. He oversaw the ideation and development of all creative campaigns. His career has also included various creative positions with Phillips-Ramsey/McCann-Erickson in Phoenix and several firms in Texas.

Tom has earned numerous creative honors, with inclusion in Communication Arts Advertising and Design Annuals, Graphis International Advertising Annual and Radio Mercury Awards. He has received various local, regional and national ADDY awards, including Copywriter of the Year twice and Creative Director of the Year.

He is also a contemporary artist. His paintings and sculptures have been shown regionally and internationally. His work has been included in various publications.

Tom holds a Bachelor of Arts in advertising from Texas Tech University. He has been a past sponsor of SARRC’s Annual Community Breakfast and has championed employing interns on the autism spectrum.