Small Steps and a Big Team: The benefits of high- and low-tech solutions 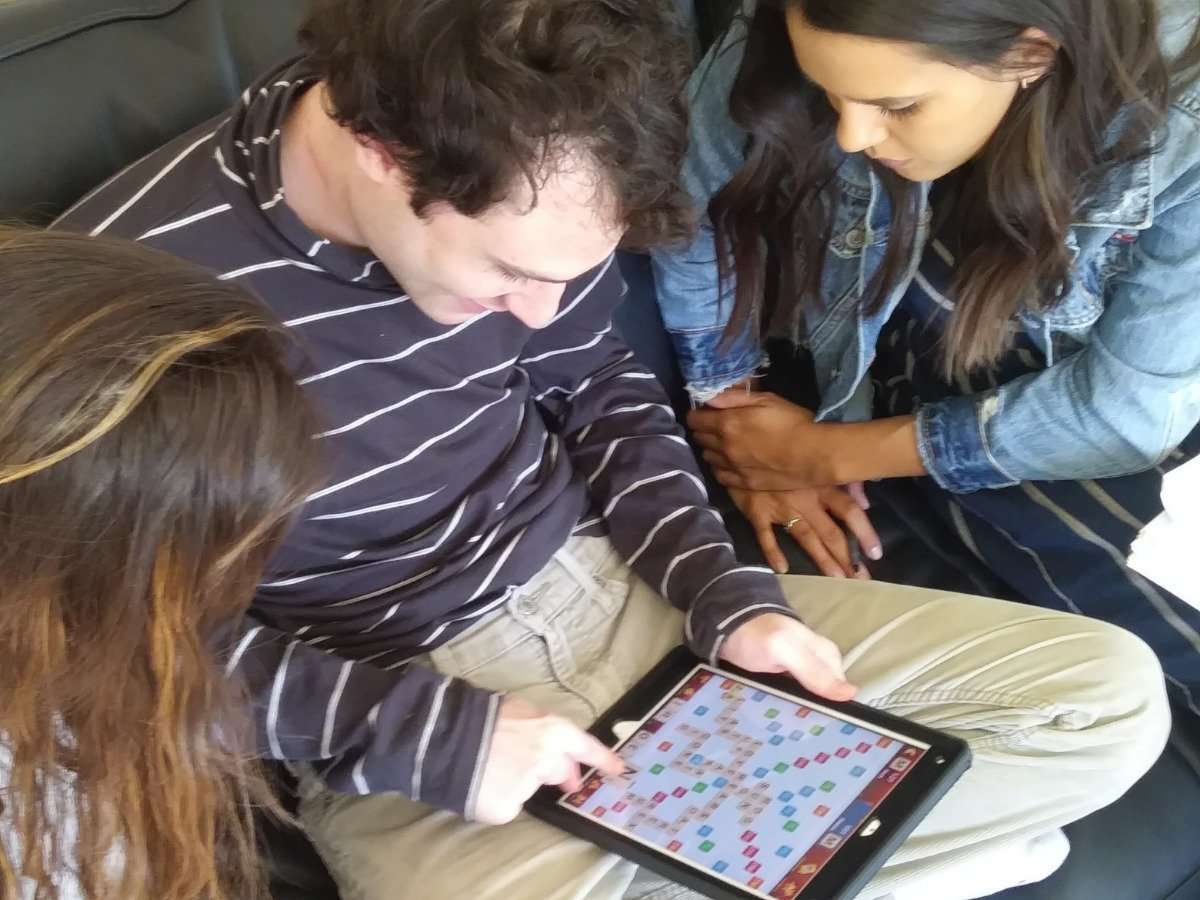 At 7:30 p.m. one recent evening, Rob and I were alerted via the Life360 tracking app that Matt had left First Place and was traveling down Third Street toward Central Avenue. We knew the First Place van had taken Matt and other residents out for a weekly Tasty Tuesday excursion but had also returned everyone to the property. So, what compelled Matt to take a hike? He never leaves the property alone.

Alarmed to say the least, we proceeded to check out all the systems we have in place. First, Matt’s in-home camera didn’t show any activity. Second, we saw he had not yet checked off the next item on his iPad schedule or contacted me for our nightly FaceTime visit—both of which are listed on his list of daily to-do’s.

What to do next? We switched to a simple phone call to First Place inquiring why Matt had left the property and where he was going. With great relief, we learned from the concierge that Matt was safe and sound in his apartment—but without his iPad. He had left his backpack in the First Place van after the group dinner out at a local restaurant. In his trusty backpack were his iPad and iPhone, both with the Life360 tracking app.

Staff recognized immediately that his backpack was missing because it wasn’t hanging in the usual low-tech “drop and go” spot, an area where residents can routinely charge their electronics and store their keys and other belongings for quick drop-off/retrieval. Whew! What a great test of our systems; we passed with flying colors—this time!

Matt often accesses other items in his personal technology portfolio—namely Alexa on his Echo (high-tech) to bring The Beatles, Elton John and The Beach Boys into his home, update his grocery list and check the weather. Based on the forecast, he consults his laminated “What do I wear?” chart (low-tech!) before laying out his clothes for the next day. Another app allows Matt to recognize who’s at the door and respond to a ring accordingly (after ignoring our knocks and inadvertently leaving us stranded outside his apartment). And he depends on a Sharpie ink mark to tell his right shoe from his left.

Matt still deals with breakthrough seizures despite medication, so keeping a watchful eye on him and making sure he’s safe is priority number one. Nearly all his furniture is soft, and area rugs absorb sound and offer cushioning. A variety of high- and low-tech systems is essential as we strive to balance his personal privacy and independence with safety concerns.

We remain focused on Matt’s many strengths, as well as the caring and capable community empowering him to live more independently as he enjoys more life experiences and benefits from support specialists, community life, technology, family members and neighbors, all of which play a crucial role in his daily life—and ours!

Next up, Blog #3: Gradually Building on Success: Taking stock of the little stuff, too