Join us for the 10th semi-annual First Place Global Leadership Institute Symposium, Oct. 13–15, delivered via webinar and in person. All participants will benefit from decades of research and community-building know-how, along with experiences and strategies for navigating opportunities and challenges inherent in real estate and community development.

Take advantage of a powerful and in-depth three-day program and build momentum for your supportive community, vision, funding needs and healthy outcomes. Learn how to inspire and engage others to be part of changing the world for those we serve. Space is limited for in-person attendance, so register today! 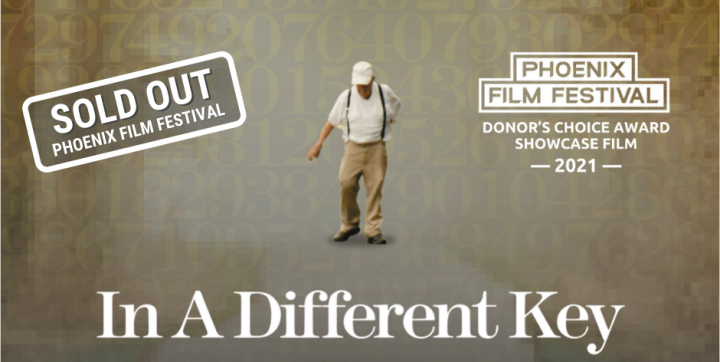 Documentary on Autism a Hit at Phoenix Film Festival

“In A Different Key: The Movie” debuted this month at the Phoenix Film Festival—and won a Donor’s Choice Award for Showcase Feature Film. The documentary was very well received by multiple sold-out audiences. Each showing had special guests in attendance, including First Place–Phoenix residents, Transition Academy students, family members, friends and staff. Due to overwhelmingly positive feedback, a fourth showing was added to the festival lineup. The film about the first person diagnosed with autism followed on the heels of success at the Sedona International Film Festival last month, where it received the Audience Choice Award for Best Documentary.

While “In A Different Key: The Movie” features the town of Forest, Mississippi and the first person diagnosed with autism, it also highlights how SARRC and First Place, together with valued collaborators, have shaped our community to be more inclusive for those with autism. This riveting film shows how supportive communities like Phoenix—newly and notably named the fifth-largest city in the U.S.—and unique developments like First Place–Phoenix can help individuals with autism and other neurodiversities thrive. “In A Different Key” is slated for a 10-city tour starting this fall.

#WorldPhotoDay earlier this month offered a great chance for us to share our top 10 photos since we opened in July 2018. It wasn’t easy to choose only 10 from so many amazing photos taken at First Place–Phoenix and out in our supportive community since then, but we thought these go above and beyond in representing the many ways residents and Transition Academy students are thriving!

Take a Tour and Take a Look at First Place–Phoenix

We’ve lined up plenty of virtual tours to fit any schedule through the end of summer. Join us online to learn why “We’re the place for that®” at First Place–Phoenix. Get a firsthand look at our innovative property and the many supports and amenities offered to encourage and guide adults with autism and other neurodiversities on their journeys to more independent living.

First Place AZ Founder & President/CEO Denise D. Resnik was recently featured in azcentral’s “Faces of Arizona” series. Denise was named one of the autism community’s “most influential allies.” Reporter BrieAnna Frank, who has so effectively captured the spirit and mission of First Place AZ in previous articles, highlights Denise’s continuous journey from adult son Matt’s diagnosis to the development of supportive communities where individuals with autism and other neurodiversities can enjoy friends, a job and a home of their choice as they learn, thrive and grow. “Being the mother of a son with autism and a community developer means my work is never done,” says Denise. “I am acutely aware of so many pressing needs and know there’s so much more to do: more home options to build, professionals to train, technology to apply, jobs to create, problems to solve and impact to demonstrate.”

August is the ideal month for Book Lovers Day and the chance to avoid the heat in the pages of a good read—and First Place–Phoenix residents and Transition Academy students sure do love books! Our beautiful, comfy reading lounges (nonfiction on the second floor and fiction on the third) opened earlier this year with full shelves, thanks to generous donors. Between biweekly book club and bookworms seeking their next adventure among the pages, First Place’s reading lounges are a solid hit!

First Place–Phoenix residents, Transition Academy students and staff are excited about some new volunteer opportunities! This month’s project was with local nonprofit Feed My Starving Children, where First Place volunteers helped pack food for children in third-world countries. Our volunteers enjoyed giving back to our local community—and places in around the globe

We were deeply saddened by the passing this month of renowned actor, activist and philanthropist Ed Asner. A friend of the special needs community, he was a champion for acceptance, wellness, support and enrichment for individuals and their families. He founded the Ed Asner Family Center, a place where individuals with disabilities could thrive through creativity and self-confidence as they learned valuable lessons about themselves and the world.

His legacy will live on through his family, friends and fellow dreamers. Special needs communities across the country are fortunate to have son Matt Asner and his wife Navah Paskowitz-Asner, co-founders of the Ed Asner Family Center, to ensure Ed’s mission lives on.