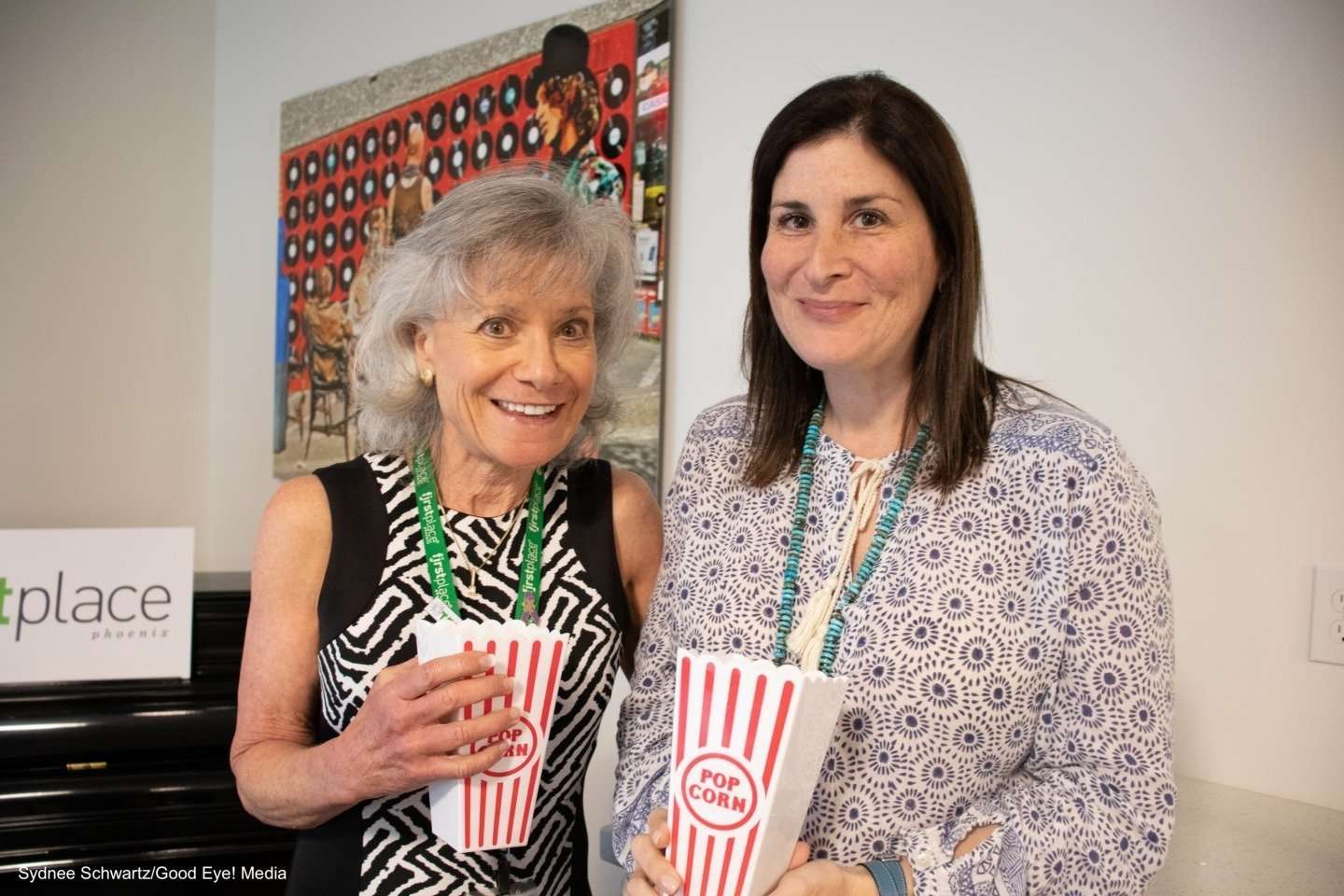 Lara Stolman, filmmaker, journalist and mom to a son with autism, recently visited First Place–Phoenix and brought her award-winning documentary “Swim Team” with her for special screenings for staff and residents and their family members. Swim Team follows a group of teenage boys on the autism spectrum and their families after the boys join a competitive swim team and learn the meaning of trial and triumph. They discover how their abilities in and out of pool help them overcome limitations and experience what it feels like to reach their potential in life—and to win, too! Stolman has done work for NBC, MTV, and HBO, among other media companies with a national audience. We sat down with her for some personal insights into the amazing journey that led to the making of Swim Team.

Q: Give us a sense of how and when Swim Team came to be. What compelled you to make a movie about this unique group of swimmers?

A: When you’re a creative person with experience working with media companies, it’s common to ask yourself, “When am I going to tell my story?” I didn’t know what my story was. Then I had a child diagnosed with autism. I spent lots of time during the early-intervention years becoming an autism expert. I also learned that the leading cause of death for kids with autism is drowning, so I began a search for swim lessons for my child. That’s when I found the McQuays [Mike and Maria]. Within minutes of meeting Coach Mike, he made a huge impression on me. He said his Special Olympics swim team was going to “dominate the competition.” I had never heard this kind of positivity before. For so long I had heard so many negative things from so many people. Children with autism were constantly being defined in terms of what they couldn’t do. Coach Mike had a whole different take. He focused on all the things his kid and other kids like him can do. The story unfolding before me needed to be told. My instincts as a producer kicked in. I knew I was at the right place at the right time to make an impact with a film like this and change minds about what people with autism are capable of.

Q: How did your son inspire you in your approach to the creative process for the film?

A: Swim Team is entirely influenced by our story and experiences and everything I’ve learned raising a child on the spectrum.

Q: Describe your own challenges and triumphs making Swim Team.

A: I was ready creatively. I also had lots of production experience. The challenge was fundraising and figuring out the marketing and distribution of an independent film. No one hired me to do this. I needed to make it happen. Every step of the way I wanted to make sure it got to the next step. Before we finished editing, I sent a 10-minute sample to the New York Times—and they loved it. This led to their commissioning a short film for the NYT website. After that, people started sending money, supplementing private donations, grants and a personal investment. Film festivals, community screenings, broadcast by PBS’s POV, excellent reviews and the availability of the film on Netflix, Amazon and iTunes all contributed to its success, both nationally and internationally. Robert DeNiro [who has a son with autism] introduced it at the Tribeca Film Center. And the McQuays were even chosen as ABC World News Tonight’s Person(s) of the Week. Swim Team has won 14 awards—and every single one was absolutely thrilling!

Q: How do you see your home state of New Jersey—as noted in your film, the state with the highest incidence of autism (1 boy in 26) in the U.S.—as a nexus for more public support for special populations in the future?

A: That was when the film was released in 2016, but the rate has increased since then. Not all states report figures on autism. New Jersey does a more thorough job of gathering data. Filming Swim Team allowed me access to public schools, where I shot some scenes in special ed classes. I learned a lot about the system by observing, especially how important it is as a parent/teacher/coach to have high expectations. Coach McQuay never saw limitations in these kids. Believing what’s possible can turn into reality.

Q: Can you give us an update on former and current Jersey Hammerheads, including the amazing McQuay coaches in the film?

A: The Jersey Hammerheads are still swimming, as are the four boys who are the focus of the film. I know that Mikey still works at the zoo and Kelvin, who communicates with me via text, is part of a job training program. I stay in very close touch with the McQuays and generally keep up with everyone.

Q: What are your thoughts on the current housing crisis and what you’re learning at First Place and across the country?

A: This film was a huge transformational experience for me. It showed me what the future looks like for my son. It stresses the importance of community, of inclusion. Every community has an opportunity to connect on how best to support people with autism and developmental disabilities. I came to Phoenix because I’ve been hearing how Denise has done wonders with First Place. It’s revolutionizing housing for adults with autism. I want to see it replicated across the country. We’re at a crossroads and we have to change things. Our adults with autism need to be living in a pleasant environment where they can connect with one another and grow, with the support they need and opportunities to learn and work. More than ever, we can’t ignore that we have a huge population coming of age. Old models won’t do. Parents like Denise and me won’t stand for it.