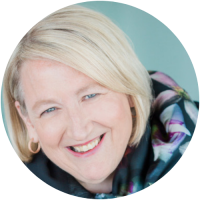 Dr. Joan Fallon, Founder and CEO of Curemark, is considered a visionary scientist who has dedicated her life’s work to championing the health and wellbeing of children worldwide. Curemark is a biopharmaceutical company focused on the development of novel therapies to treat serious diseases for which there are limited treatment options. The company’s pipeline includes a phase III clinical-stage research program for Autism, as well as programs focused on Parkinson’s Disease, schizophrenia, and addiction.

Curemark will commence the filing of a Biological Drug Application for the first novel drug for Autism under the FDA Fast Track Program. Fast Track status is a designation given only to investigational new drugs that are intended to treat serious or life-threatening conditions and that have demonstrated the potential to address unmet medical needs.

Joan holds over 300 patents worldwide, has written numerous scholarly articles, and lectured extensively across the globe on pediatric developmental problems. A former Assistant Professor at Yeshiva University in the Department of Natural Sciences and Mathematics. She holds appointments as a Senior Advisor to the Henry Crown Fellows at The Aspen Institute, as well as a Distinguished Fellow at the Athena Center for Leadership Studies at Barnard College. She is also a member of the Board of Trustees of Franklin & Marshall College and The Pratt Institute. She currently serves as a board member at the DREAM Charter School in Harlem, the PitCCh In Foundation started by CC and Amber Sabathia, Springboard Enterprises an internationally known venture catalyst that supports women–led growth companies and Vote Run Lead a bipartisan not-for-profit that encourages women on both sides of the aisle to run for elected office. She served on the ADA Board of Advisors for the building of the new Yankee Stadium and has testified before Congress on the matters of business and patents.

Joan is the recipient of numerous awards including being named one of the top 100 Most Intriguing Entrepreneurs of 2020 by Goldman Sachs, 2017 EY Entrepreneur Of The Year NY in Healthcare and received the Creative Entrepreneurship Award from The New York Hall of Science in 2018.